Orchestral Manoeuvres in the Dark

Dazzle Ships is the title of the fourth studio album by British group OMD. It was released on 04 March 1983, shortly after the lead single Genetic Engineering. The album title is a reference to a painting by Vorticist artist Edward Wadsworth entitled Dazzle-ships in Drydock at Liverpool, based on dazzle camouflage used on warships during World War I. The album's artwork, designed by Peter Saville, reflecting the title, is also based on the dazzle camouflage technique.

The album was the follow-up to the group's highly successful 1981 album Architecture & Morality although failed to match the success as its radical, experimental compositions, many of which were based on sound samples and short-wave radio recordings, alienated many fans and failed to impress the critics.

The album has since been re-evaluated as an essential part of the OMD canon, and of electronic and experimental music, with many artists citing it as a source of inspiration.

as above plus bonus tracks: 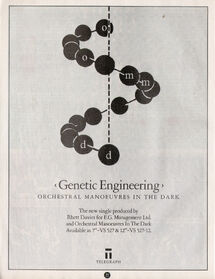 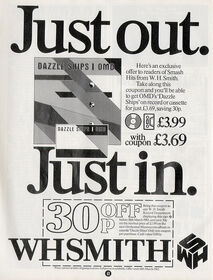 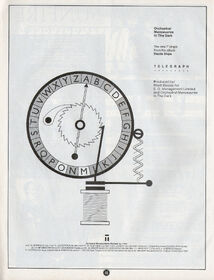 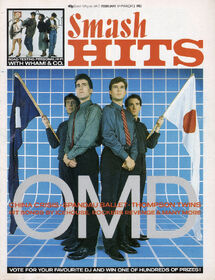 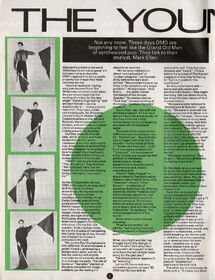 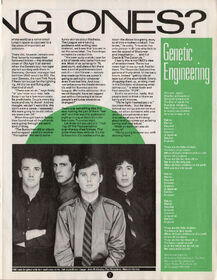 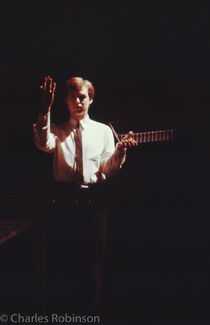 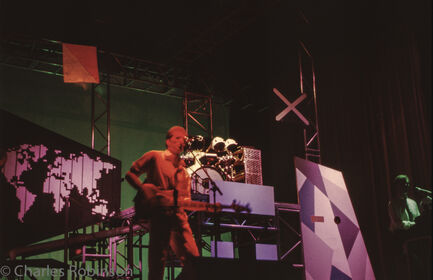 Retrieved from "https://pop-culture-scrapbook.fandom.com/wiki/Dazzle_Ships?oldid=32525"
Community content is available under CC-BY-SA unless otherwise noted.