A Pop Culture Scrapbook
Register
Don't have an account?
Sign In
Advertisement
in: Recording artists, Solo artists, People,
and 5 more

Kate Bush (b. 30 July 1958) is a British singer, songwriter, musician and producer. She first shot to fame in 1978 with her debut single Wuthering Heights which went to no.1 in the UK and parent album The Kick Inside which went to no.3 staying on the UK album charts for 44 weeks.

She is acclaimed for her characteristic singing voice coupled with eclectic writing material and style. Further well known songs include Babooshka (1980), Running Up That Hill (1985) and her collaboration with Peter Gabriel Don't Give Up (1986). She released a total of seven studio albums up to 1993's The Red Shoes, but then took a lengthy hiatus returning to music in 2005 with Aerial, her first double album.

In 2014 Bush also returned to live performance with a sell-out 22-night residency at the Hammersmith Apollo. The performances are documented in the live album Before the Dawn, released as The KT Fellowship in 2016. 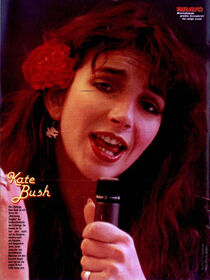 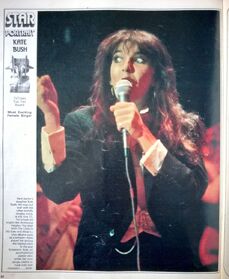 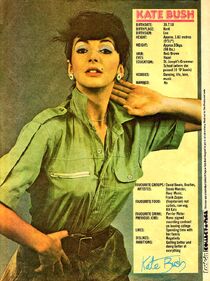 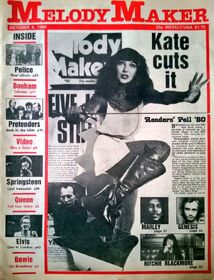 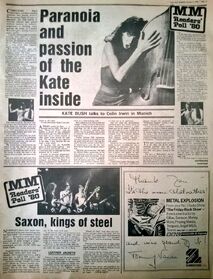 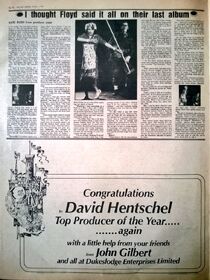 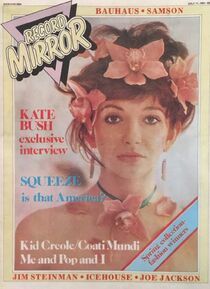 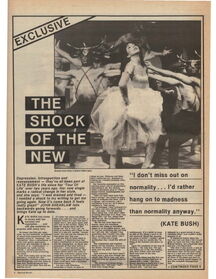 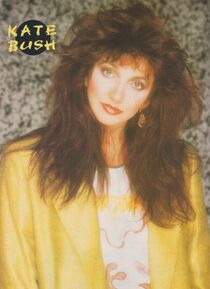 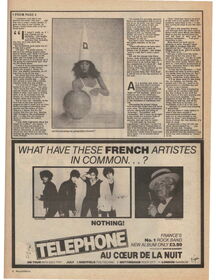